skip to main | skip to sidebar

Lincoln has a great imagination. I could hear him imagining with a paper airplane and then I heard him screaming. I found him on the floor with blood all over his face. After cleaning him off, I found a nice gash in his forehead. He explained that he swooshed his airplane around and hit the bottom of the kitchen chair. So of we went to get stitches.

He was really good until they started putting the stitches in. At that point, we had to hold him down but they were smart so they put his arms in a pillow case and then wrapped him like a burrito in a blanket. My job was his body, the nurse took his head, and the doctor put in four stitches. Lincoln screamed and screamed. About a minute into it, Avalee said I have to leave. I told her to go out in the hall. I thought for sure she had left for the blood but she told me later that she had to leave because she couldn't handle Lincoln being so sad. 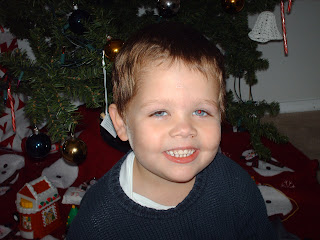 The happy pictures first...This is four days after the stitches came out. Looks pretty good! 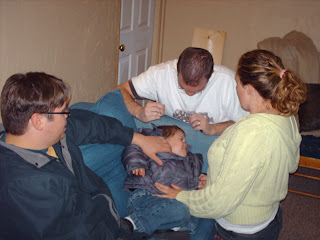 This is a great friend who took out the stitches so we didn't have to pay for another trip to the doctor. 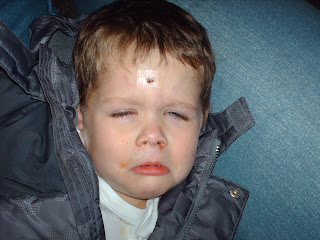 This is right before the stitches came out. Lincoln was scared to death it was going to hurt again. 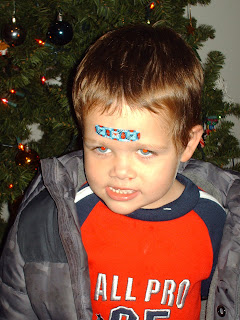 This is the one of the cool bandaids we bought for Lincoln to wear on his head for a week.